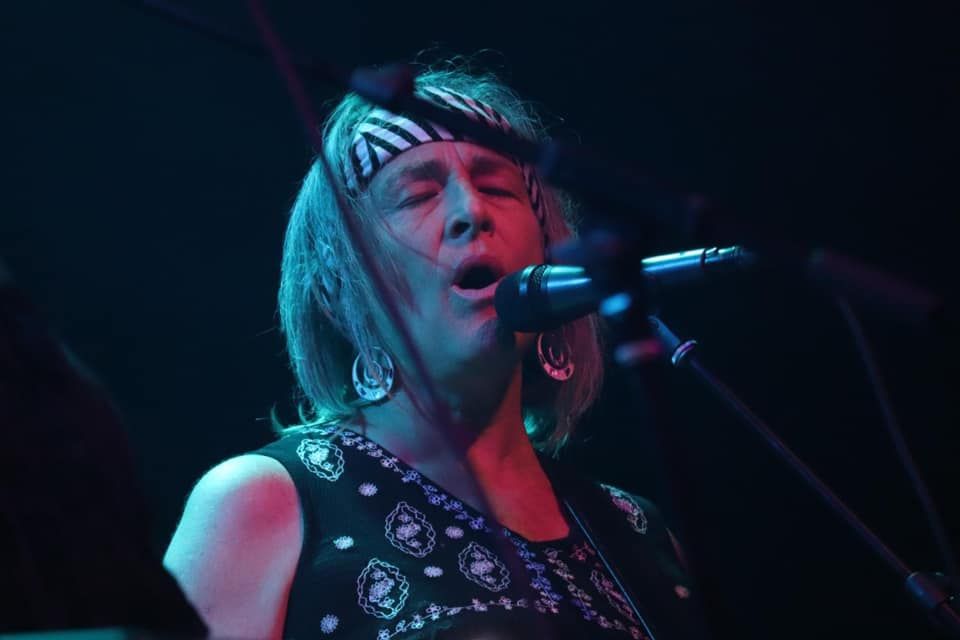 Our bassist is much more than a bassist. She is a singer, songwriter, guitarist, actor, music composer, music conductor, playwright, producer, sound designer, sound mixer, theatre director and voice artist. She has starred in numerous TV shows and movies; Homeland, Dawson's Creek, The Walking Dead, The Rage: Carrie 2 just to name a few plus Theatre as well in productions like Wildwood Flowers playing Maybelle Carter and many more!

She co-founded and fronted the iconic East Coast Band, Doubting Thomas for decades and is at the helm again as they have revived the band for long awaited shows; the first of which was to a sold  out crowd at the Neighborhood Theater in Charlotte!